A surprisingly pleasant day for late August. In fact, the hot sun and the scent of wood smoke from the neighbor's slash pile give the day a feeling of late June, not the latter-days of summer.

I headed out to the back lot to transplant some wildflowers out of harm's way. Or at least safe from the bulldozer. I was walking the area last night and noticed a small stand of Touch-Me-Nots (Impatiens noli-tangere)mixed in with the nettles next to the dozer-tracks. So I loaded the wheelbarrow with tools and plastic buckets and went out back.

It was hot and dusty in the sun, but shaded and cool where the plants grew under the old spruce trees. The soil was soft and the plants weren't deep-rooted so it went fast. 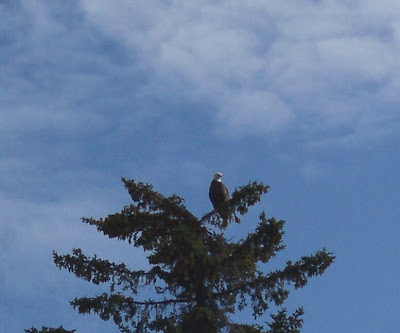 I was having trouble cropping this photo to highlight the eagle who was watching me. Then I realized that I liked the sky and the interesting curves of the clouds too much to discard them.

Back home, I snuck the first potatoes out of the garden, using my fingers to feel them out underground. 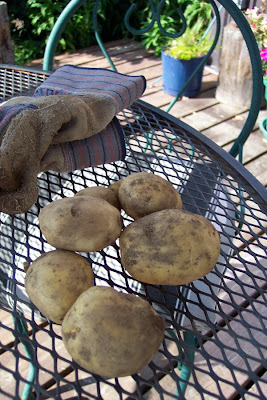 I had them microwaved with peas and butter for dinner. They were pretty tasty...
Posted by Laura at Saturday, August 30, 2008 2 comments:

I woke up early this morning--about six-thirty--and as usual turned on the local TV news. I figured something unusual was going on when the news anchors kept tossing the words "Palin"and "Vice-President" around, all with an air of thrumming excitement. It took a moment for my un-caffeinated brain to figure out what they were suggesting. That woke me up and sent me to on-line news outlets, because it just seemed so unreal. About half an hour later, sources began confirming that John McCain was going to name our governor as his vice-presidential running-mate.

Now, "The Governess" (as Ko-Kon likes to refer to her) is fairly popular in Alaska, even among those--like me--who didn't vote for her. Since getting five Alaskans to agree on anything is problematic--we are a fairly ecletic group--I suppose that says something. I obviously don't agree with her politically but she's done okay for our State. The thing is, I just don't think she is ready for the national stage.

Now, I am not a political blogger. My circle of friends is inclusive and embraces many whose political leanings aren't my own. There are some Alaskan blogs I follow with relish and I am happy to direct attention to them.

I imagine many journalists and analysts are Googling "Sarah Palin" and stumbling upon some of those blogs and I am glad that thoughtful and amusing folks like Ishmael and Art are suddenly enjoying a wider readership. But to have national attention focused on our out-of-the-way State is somewhat disquieting. Politics in Alaska can be enormously entertaining for those of us looking to pass a long, dark winter but I don't know how Alaskan issues and perspectives will translate into the national arena. Usually, the big news organizations get it wrong and end up misunderstanding our issues or mocking our quaintness and naivity.

Right now, I think Cathy at Keeping it Real at 66 Degrees North Latitude sums it up for me:

"Now there are going to be millions of people with half a clue making half ass presumptions about the place that I call home. Maybe that is what is causing my unease...the spotlight."
Posted by Laura at Friday, August 29, 2008 1 comment:

The Last Days of Summer 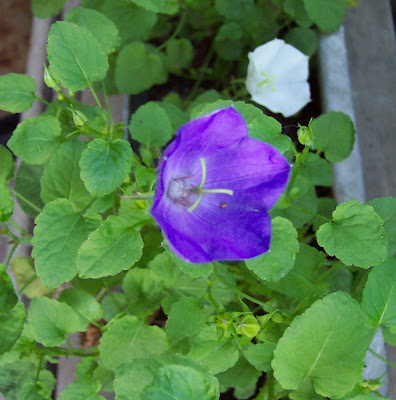 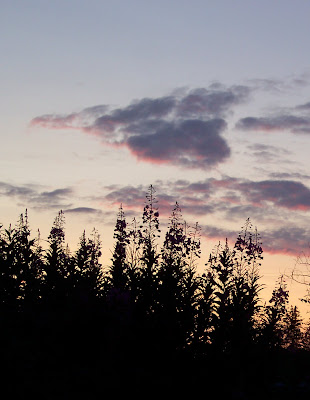 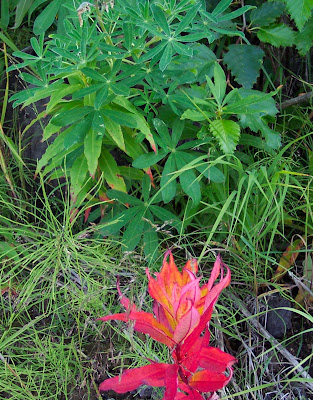 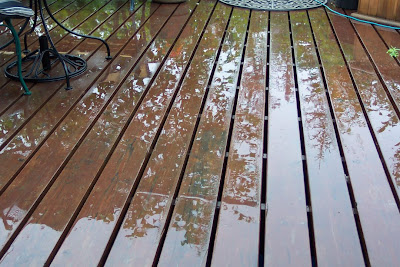 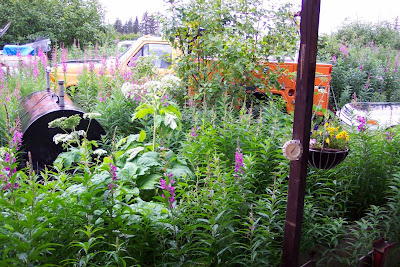 Another drizzly, humid day. This is more typical August weather for this part of Alaska.

The plants soak up the warmth and moisture in a last spurt of growth before the frost. 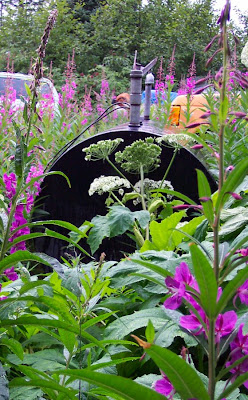 I'll want to remember this lushness during the coming winter, remember when the vegetation was so tall in our yard...

Life in Alaska is all about changes.
Posted by Laura at Friday, August 15, 2008 No comments: 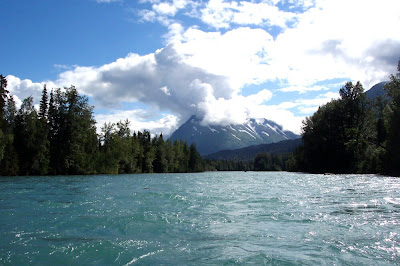 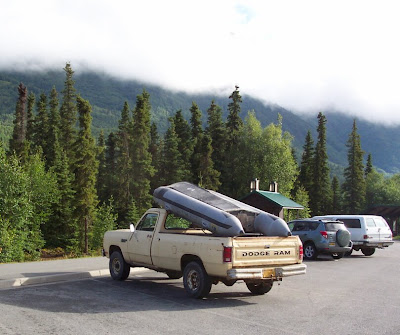 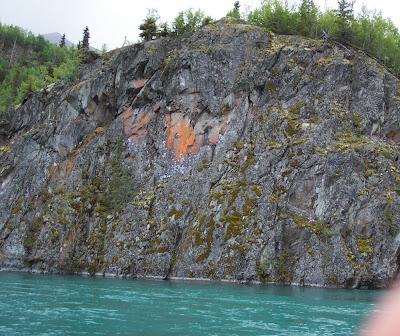